Our season opening event is on Saturday, October 14th.

Join us for a light dinner followed by a Theodore Bikel documentary with music provided by Cantor Debbie.

$18 per person, please RSVP to Neirot@OurShirShalom.org by October 9, 2017 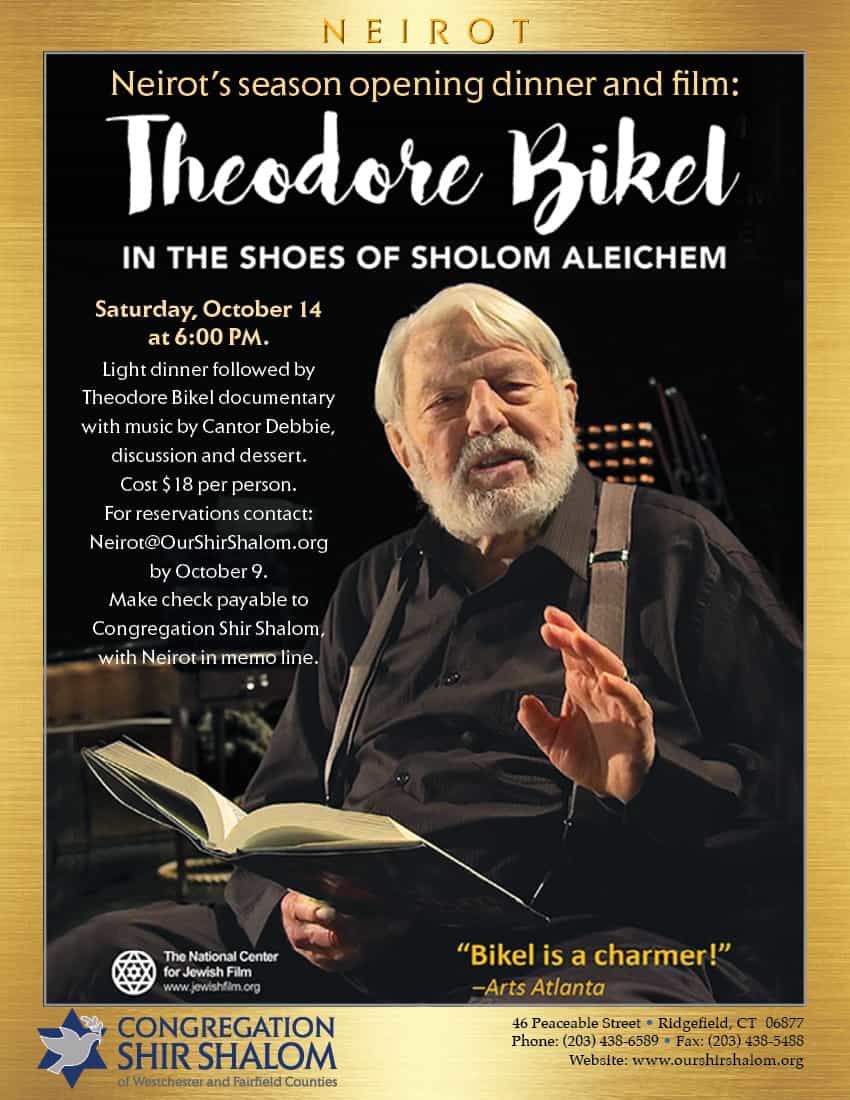