The Danbury Music Centre is pleased to announce the Charles Ives Concert Series will present ‘Music by Jewish Composers’ at Congregation Shir Shalom in Ridgefield. The Series is dedicated to celebrating the legacy of Danbury’s own Charles Ives with performances of his music, today’s American music, and music that transcends the traditional boundaries of classical music to incorporate other styles. The Series is led by artistic director Paul Frucht and associate artistic director, Jon Cziner, both of whom are composers. Dr. Frucht a recent Juilliard graduate and Danbury native, is also the Centre’s new associate director, artistic planning and program development.

As part of a partnership with Congregation Shir Shalom, sponsored by Connecticut Family Orthopedics and Orthoprompt, ‘Music by Jewish Composers’ will take place on March 31st at 4:00 PM. The afternoon will feature violinist Avi Nagin, cellist Julian Schwarz, and pianist Marika Bournaki, all of whom are both familiar faces on the Ives Series and nationally recognized chamber musicians and soloists. Julian, in particular, is well-known in the community having been a soloist with the Ridgefield Symphony Orchestra last season, playing the Elgar cello concerto alongside Paul Frucht’s Dawn. Julian, Marika, and Avi have performed on the Ives Series for several years. Julian and Marika having been particularly active promoting Jewish music, having collaborated with the Milken Archive of American Jewish Music on a program of the complete cello and piano works of Ernst Bloch.

The concert is free and open to the public, donations will be gratefully accepted at the door. 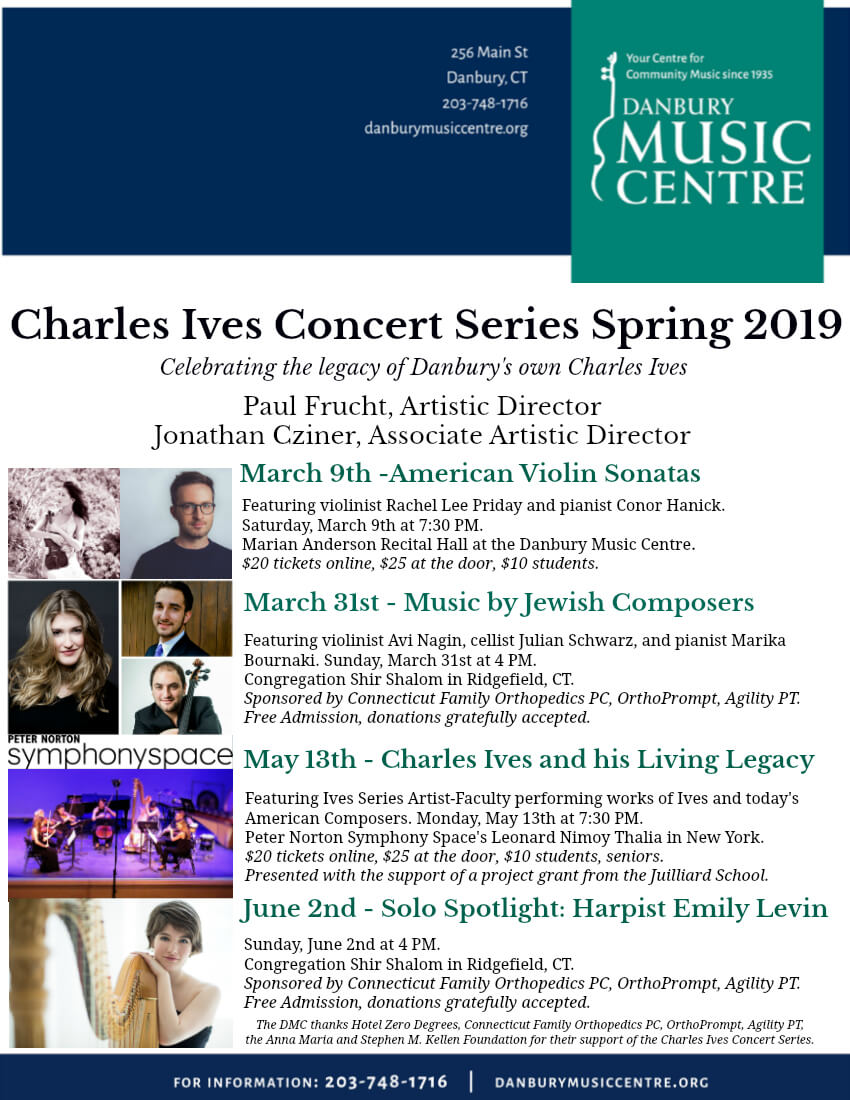